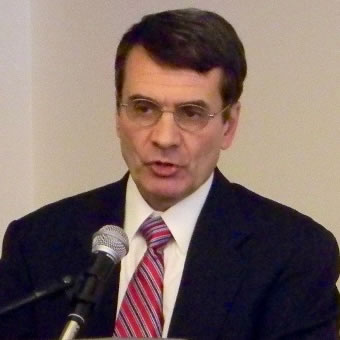 John Huebscher is executive director of the Wisconsin Catholic Conference. He started in July 1992 and plans to retire in January 2016.

During his tenure he served as president of the National Association of State Catholic Conference Directors from 1998 through 2000. In May 2004, he was one of four state Catholic conference directors asked to present insights on the relationship between faith and politics to a United State Conference of Catholic Bishops Task Force.

Prior to joining the WCC as associate director in 1987, he spent 14 years in Wisconsin state government, serving as an aide in the State Senate and as a legislative liaison for the Department of Health and Social Services.